Power of the Mind!

Never underestimate how powerful is your mind.


The countdown is here! In less than two weeks I would have participated in the ITU World Championship. It seems so unreal.


Over two weeks ago, I competed in Escape to Miami Triathlon. The race was meant to be a tune up for the big A race. However a few weeks prior I was lacking motivation. I had in mind that I was only going to compete in Escape to Miami to see where I stood. I wanted to have no expectation and rather focus on having a consistent race. No ups and downs but a steady strong pace to the very end.


Race weekend started under the rain. Saturday pre-race workout was unusual. Some team members did a short run under the pouring rain while the girls chatted and argued what to do under the trunk door of an SUV. It is quite ironic to think that we portray ourselves as tough girls while we can’t stand the cold rain on our shoulders at 6:30 in the morning and instead of going for a short run and getting it done we stayed outside cold contemplating about our workout. But as superwomen as we are we thought of the perfect solution. Pre race training in the gym! 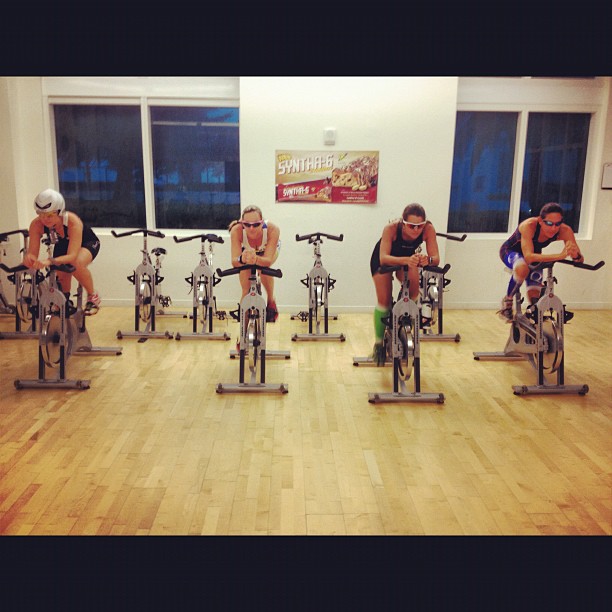 Our stationary bike followed by a quick run on the treadmill.


Nothing better than to start race weekend with a fun out of the ordinary workout with a good group of crazy ladies. The day followed by great moments at the expo mingling and chatting away pre race day excitement. Many of my co-workers showed up to pick up their race packet. Many had never done a race and here they were about to compete in one of the toughest triathlon in South Florida. I still don’t think they realized what they were about to do. Many shared their worries while others expressed confidence. The post race word on the street: it was not easy!


While enjoying sharing my passion, mingling with old friends, and discovering new product and building new relationship, I also tried to concentrate on my performance. I debated whether to take it seriously. I knew all I wanted was to have a consistent race while still being afraid of hurting my confidence.


All those words of encouragements could not go to waste.


Race morning was absolutely superb. I am fortunate to have the race site literally in my back yard. After a good night sleep, my teammate and I rolled out of bed no more than 30 minutes before transition closed. We spent a few minutes cheering a few teammates and some co-workers and there we were back in my apartment with many recruited triathletes to hang out in the AC and the opportunity to warm up on stationary bikes. I took the opportunity to share the passion with two co-workers who started getting involved in triathlon. Jimmy who was supposed to do a relay got stuck doing the whole sprint alone and Monica who is a veteran after doing the swim portion of the sprint relay last year decided to do the whole sprint alone. She taught her how to clip in just one week prior to the race. Both completed their first triathlon with pride and I am ecstatic to report that both are already registered for the next triathlon! J Congarts to all!! Now time for the next challenge!

Going back to my fun pre-race morning, it was absolutely perfect having so many people around. I did not have time to even realize what I was about to do. I was enjoying myself. I wanted to share my passion and I knew I had made a difference even in one person’s lifestyle.

The gun went off. I had a strong start. I knew I was ahead and while concentrating on my technique, I ironically forgot to sight leading the group past the buoy. One strong swimmer took the lead and for the first time I was able to enjoy swim draft for a few moments until I had to swim around, above and under people. It was a scene from the titanic. People trying to survive all around.


Swim exit was fun having all the relay co-workers cheering. I got on my bike as soon as possible while weaving around the masses. The bike felt so strong. I was so focused, I can not recall having one negative thought. I was concentrated on moving forward. Being in the moment one stroke at a time. It was so powerful and felt just right. It lead into the run portion of the race. After seeing a few teammates and competitors I had in sight, I knew I was in good standing. My thought was clear : just keep moving one step at a time.


My mind was so focused. It was exactly what I needed. Now thinking back, this race was mine. I wanted it and I got it. All the doubts and weaknesses made me stronger. They made me realize that the mind is extremely powerful. If you want it, go get it! 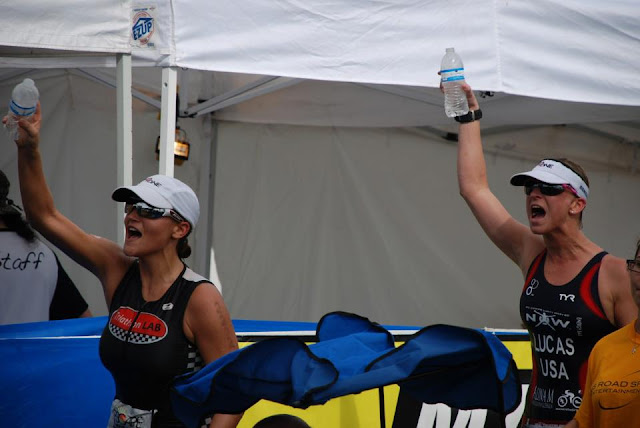 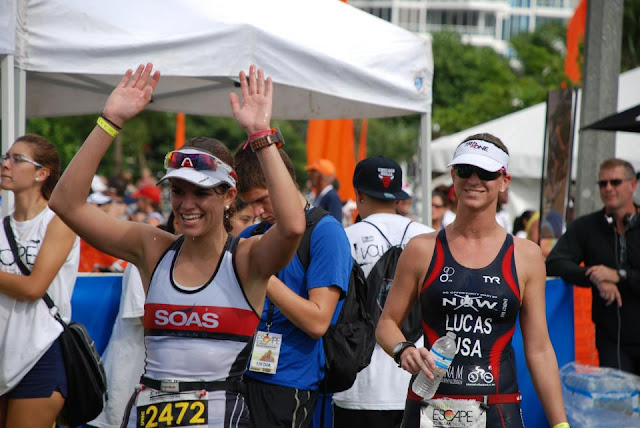 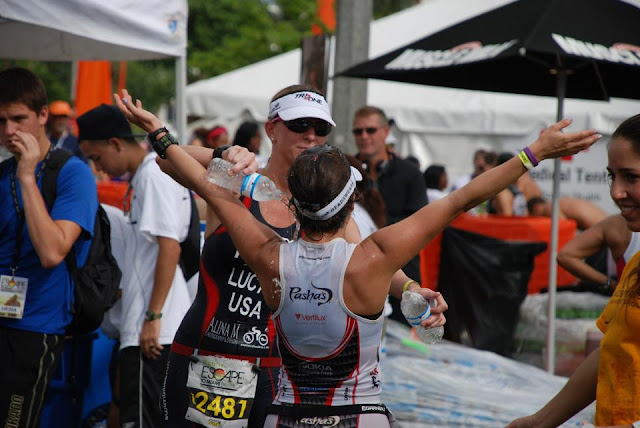