I started racing triathlon in 2009 and have competed in over 30 races in Sprint, Olympic, Tri & run relays, half marathon, half Ironmans,  and obstacle races.

But I have not only been a triathlete: I have been a gymnast, a rhythmic gymnast, a skier, a snowboarder, a water polo player and a synchronized swimmer. 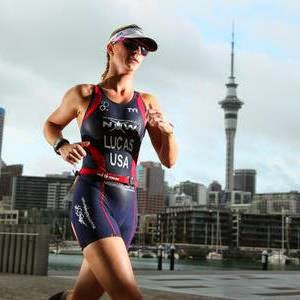 I simply like to be active whether swim, bike or run or all three back to back. I love the sport mainly because it is individual as much as a team sport. I ultimately strive to influence my surrounding to be active and healthy by sharing my passion.

In 2012, I had the opportunity to compete in the World Championship in Auckland, New Zealand. It was a once in a lifetime experience which I will never forget. A fun and challenging race followed by a fantastic vacation with my twin sister and friends.


In 2013, I suffered a bicycle injury which took me out of the competition for 6+ months. I kissed my dream to become an Ironman good bye.
2014 was a reset year. I completed 2 half Ironman along with other shorter distance triathlon. It was a tough year trying to get my mojo back!

In 2015, I plan to once again "take over the world" and travel across the Atlantic to the South hemisphere and compete (and safely finish) Ironman South Africa!!


Taking over the world, one race at a time.